Mother Nature helped, with 1.7 inches of rain recorded at the Big Pine Key Forestry site on Friday, April 27. The rain significantly reduced heat in the fire interior and enabled firefighters to 100 percent contain the fire.

Minimal personnel and equipment from the U.S. Fish and Wildlife and the Florida Forest Service remain in the area to patrol the perimeter and be on call just in case any fire does reignite in the burn area or elsewhere. Monroe County Fire Rescue crews also are available.

The Big Pine Key brush fire began just before 2 p.m. on April 22 in a wooded area. With strong winds and dry conditions, the fire quickly spread and burned 72 acres. Quick response limited the property destruction to 1 home and a detached garage, with about 30 homes saved in the burn area. Nobody was injured, and no loss of wildlife was reported.

Crews from more than 10 agencies, from Georgia to Key West, supported the fire suppression efforts.

The cause of the fire remains under investigation.

At least 93 percent of the pine rock lands on Big Pine Key were left unburned. Residents and firefighters must remain vigilant in dry conditions.

Residents should report any fire immediately to 911. Residents in wooded areas should also take protective measures around their homes to create a defensible space, ideally 100 feet overall. The initial 30 to 50 feet of space surrounding a structure should be clean of fuel stockpiles such as wood, trash, and old vehicles.

THANKS TO RESIDENTS AND BUSINESS OWNERS WHO SUPPORTED FIREFIGHTING EFFORT

This Big Pine Key Brush Fire Unified Command would like to thank the residents and local businesses for their patience and support during the operations.

MAP OF THE FIRE AREA 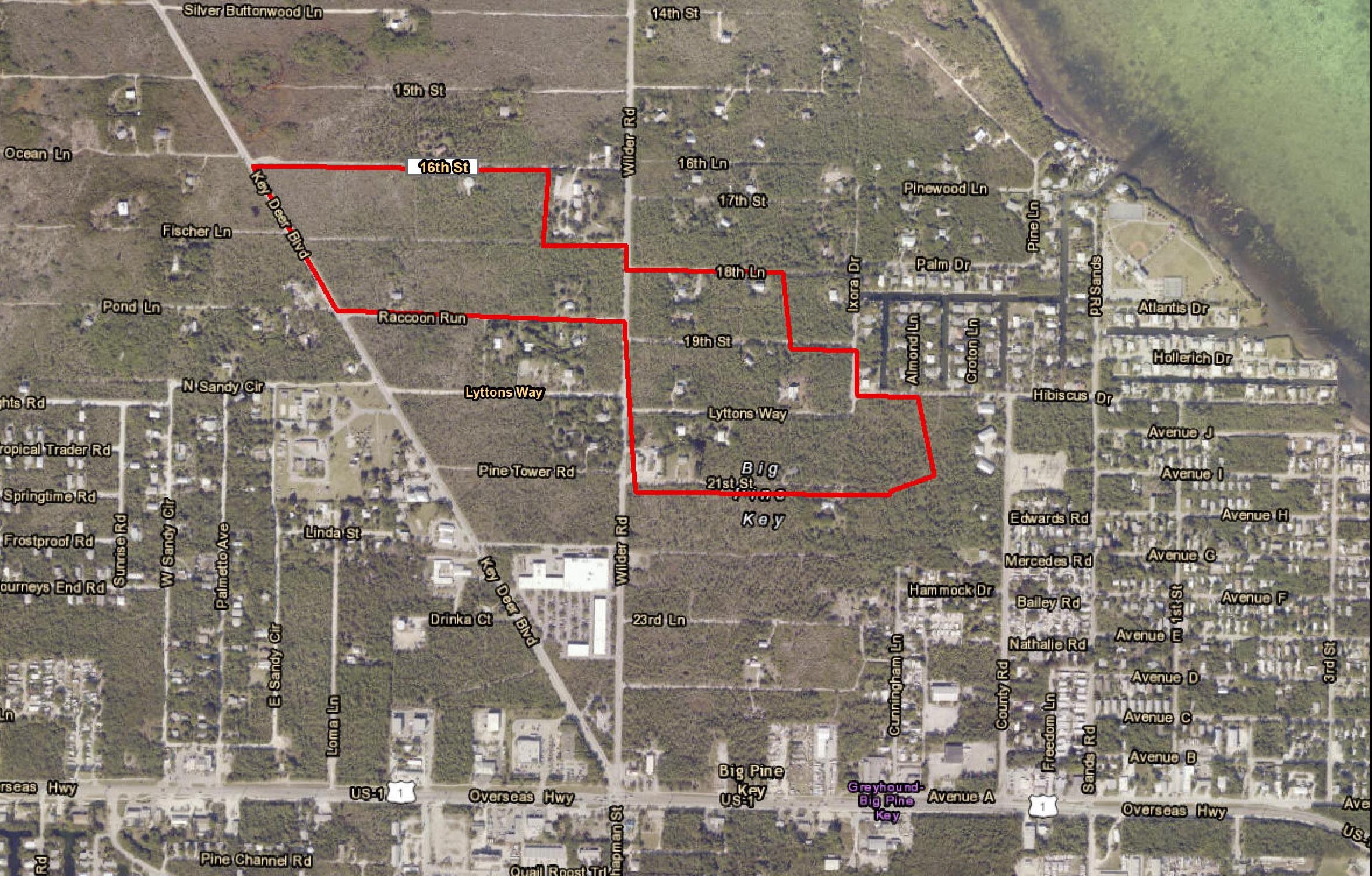 The pine rock land habitat needs fire to exist and the plants and animals that rely on the habitat have evolved with fire as a part of life. The resulting wildfire will likely benefit habitats in the long run and has certainly reduced fire fuel that has built up and been deposited by Irma.

Personnel from the Monroe County Sheriff's Office and the Florida Fish and Wildlife Conservation Commission also helped in the initial attack effort. More than 70 first-responders participated on Day One of the brush fire.

During the next few days, crews from the U.S. Forest Service, Key Largo Fire District, the National Park Service, and the Georgia Forestry Commission have also responded.

The first and most important priority of the fire response is the protection of life and property and will remain so for the duration of the operations.

The fire quickly burned about 72 acres. One home with a separate garage was destroyed. About 30 more homes in the fire's path were saved. No one was injured.

The initial response of professional firefighters, both structural and wildland, is actively attacking the fire at the highest priority locations near personal homes and property, and in strategic locations to thwart the spread of the fire.

This was the "initial attack," which included close observation of weather, operational coordination among agencies and asking for the right number and type of additional resources.

Fire lines were established on existing roads and trails where it was safe, reasonable and strategic for firefighters to hold fire within a confined area and not let it out.

Fire officials would like to remind residents to have a plan and be prepared during any fire threat.

Visit Ready, Set, Go and Fire Wise USA for tips and information on how to create defensible space around your home and create Go Kits if the need for evacuation arises.